In 2018, HGHI laid the foundation stone for the revitalisation of the 250-metre-long pedestrian zone Gorkistraße, existing since 1972, including the market hall.

"We are fascinated by the idea of completely redefining Gorkistraße as an urban shopping street and revitalizing the aging location. Our aim is to create Berlin's most beautiful pedestrian zone that can hold its own against any established shopping centre", says Harald Gerome Huth, owner and managing director of HGHI Holding GmbH.

The project is one of the first central refurbishments of a complete shopping street in Germany. The revitalization plans include a fundamentally redesigned shopping and experience world with the expansion of retail and office space. The heart of the new pedestrian zone is a completely redesigned natural stone façade with façade relief, which will be added to the existing building fabric and constructed as a new construction.

The pedestrian zone is characterised by its optimal connection to important traffic junctions. The S-Bahn station Tegel, which is within walking distance of the pedestrian zone, offers a fast connection to Zoologischer Garten, Hauptbahnhof and Potsdamer Platz. The A111 motorway also provides a direct link to the city centre. The location also impresses with a mixture of green nature and urban centre. Not far from Gorkistraße there are attractive recreational areas with the Tegeler See and Tegeler Forst, which invite you to linger.

Another important part of the project development is the redesign of the traditional market hall, which looks back on a 100-year history.

The preservation of the long-standing tradition as well as the simultaneous creation of a modern and contemporary ambience have the highest priority in the renovation measures. The market hall has been moved to the ground floor of the former Hertie house with almost all of the old tenants until its final location in the southern part of the Tegel Center. Further information on the market hall can be found here.

With Galeria (former Karstadt), Rewe, Peek & Cloppenburg, dm and many other brands, visitors will in future be offered a varied mix of products.

"We expressly welcome the HGHI building project. The comprehensive modernization and expansion of the area means a significant increase in attractiveness for the entire district. Tegel will be noticeably upgraded as a result and will in future combine the already diverse gastronomy offers and excursion destinations with a modern and urban world of experience and shopping. Not only those who shop there will benefit from the opening, but also the entire retail location of Tegel. We are looking forward to this", says District Mayor Frank Balzer (CDU). 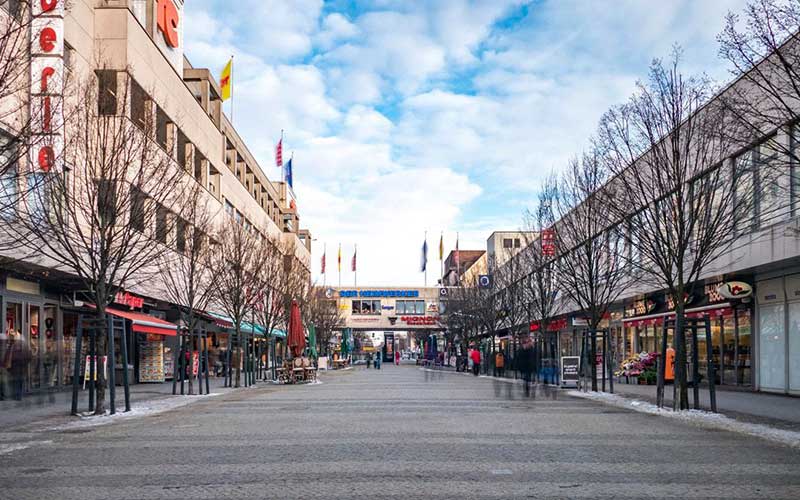 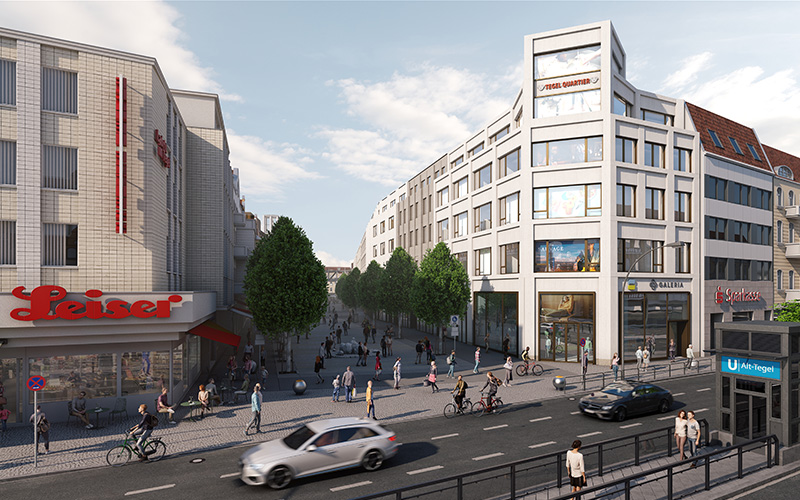 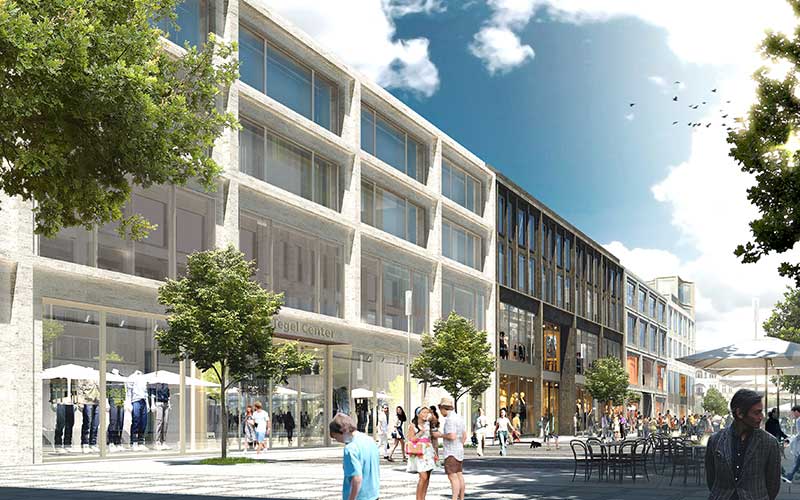